A decade ago, owning apartments in mainland Southeast Asia remained off-limits to overseas property buyers, except in Thailand and Malaysia. Then Cambodia opened up its condo market, followed by Vietnam, and, most recently in 2016, rapidly reforming Myanmar. Right smack in the centre of this dynamic region, little Laos had been left behind.

Finally, at the end of August, the Laos government began enforcing revisions to a new Law on Land permitting foreign ownership of condos for the first time in the socialist country.

Ownership rights are effectively leasehold, up to 50 years, and then returned to the state. The newly revised legislation also opens up the legal possibility for land-use rights holders—including foreigners—to sell, lease or collateralise deeds without prior approval from the state, effectively opening up Laos to legal foreign property development. This legislation marks the first time Laos has separated ownership of buildings from the land on which they are constructed.

“The holder of the purchased land-use right now has more freedom,” relates Sornpheth Douangdy, senior counsel at the Vientiane office of regional law firm VDB Loi. However, key provisions of the law remain undefined in practice, points out Sornpheth. “It is still unclear whether only foreigners who legally live, work or invest in Laos will have the right to purchase condo units, or if foreigners who live overseas also have this right.”

In practice, foreign developers from China and Vietnam in particular had already begun selling condo units in Vientiane years ago by using legal structures that apply land rights in their own countries, says Casey Tolzman, an independent real estate consultant in Vientiane.

“This law pretty much puts into words what was already happening anyway,” he says. “There is a general feeling that this is a good step, but I don’t see it changing things overnight.”

Some apartment sales contracts on new developments in Vientiane already included clauses transferring ownership to foreign buyers once legislation came into effect, informs Tolzman, which implies the new law will in some cases retroactively give legal rights on units already sold.

Although put into effect in late August, the revised law was passed in July last year—months before Covid-19—and therefore not specifically devised by the Laos government to curb the country’s mounting economic woes.

Prior to the pandemic, property oversupply in Vientiane caused by growing volumes of units coming online in the small market had coincided with the winding down of the country’s largest mine at Sepon and a steady slump in GDP growth rates, which fell to 4.8% last year.

For the first time on record, GDP growth is forecasted to fall into negative territory this year amid unemployment, which climbed to 25% in May, according to the World Bank. With foreign currency reserves falling below $1bn—prompting a steeper depreciation in the local currency—Laos is also facing a possible default on its sovereign debt, according to Fitch Ratings, and reportedly turned to neighbouring China for a financial bailout.

Laos appears to be relying on China for a post-pandemic economic rebound, not only from Beijing but also private Chinese investors.

After climbing to nearly one million visitors last year, arrivals from China all but vanished during a lockdown of Laos in April but were expected to rebound strongly as connections to the country improve.

Flights from Vientiane to Kunming and Guangzhou were among the first to resume after the Laos government all but closed off the country amid the pandemic, banning charter flights and scheduled services during the summer. A Chinese build-operate-transfer expressway was scheduled to open to Vang Vieng in December, cutting travel times to the tourist town from Vientiane Airport from four hours to just over an hour.

In late September, Chinese engineers completed drilling on the last of 75 tunnels on a new railway between Vientiane and Kunming, slated to open at the end of 2021.

“The pool of Chinese investment seeking an outlet is so deep that opening just a small window for it to enter a country the size of Laos is enough to push local property development and prices higher over the long term,” says Chmiel, adding Laos’ new property law will most likely attract risk-takers from China interested in returns rather than residency.

“That said, investing in Laos isn’t without risks,” warns Chmiel. “The new legal structure has yet to be fully fleshed out, and the economy has been shaken to its foundations by the fallout from the pandemic. We advise buyers to exercise caution and good sense.”

This original version of this article appeared in Issue No. 163 of PropertyGuru Property Report Magazine ID: 4583 – The beautiful twin house near Thongpong Market for sale 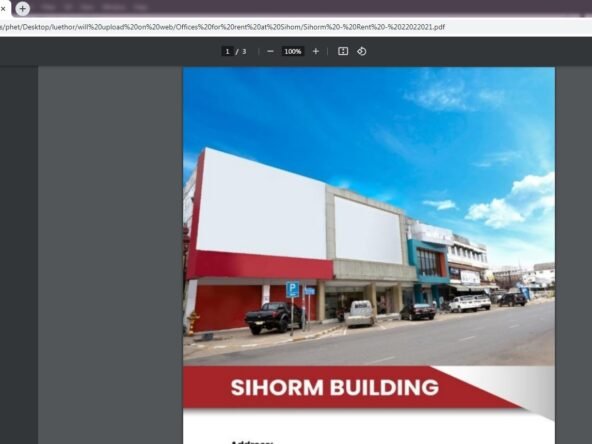 ID: 3590 – Colonial house next to concrete road for rent