Lao-owned construction company Douangchaleun Development Construction Group is to construct a Smart City development project in the capital of Laos.

The government of Laos has granted Douangchaleun Development Construction Group permission to conduct a feasibility study for a Smart City project in Vientiane Capital and has frozen plots of land across two districts.

Investors are now in the initial stages of conducting a feasibility study and gathering data for the project after the prime minister of Laos authorized the project in July 2020.

“The Smart City project will be constructed on 2,900 hectares of land spread across 12 villages in Saysettha and Hatxayfong districts,” a spokesperson from the company told the Laotian Times.

A Smart City has been described as an urban area that uses technology to provide services and solve city problems, such as improving transportation and accessibility, improving social services, and promoting sustainability.

According to the developer, the Smart City will be comprised of 13 zones, including business zones, industrial zones, and residential zones, with education and health facilities, sports and recreational areas, tourism sites, and agricultural zones.

The new urban center will see condominiums and housing estates, an expressway, a forest area, and a public park.

“The development of this Smart City will be a prototype for new infrastructure models, as well as the better use of resources and energy for environmental protection and urban management as a center for attracting domestic and foreign investment,” said the company spokesperson.

Residents are to be fully compensated for loss of land and crops at a rate set by the government, while the project says it aims to create new jobs for the local population.

The sale, transfer, or mortgage of land across 12 villages in the Saysettha and Hatxayfong districts of Vientiane Capital has been prohibited by city authorities after greenlighting the Smart City project. Jan 19, 2021 by Steve Finch With the pandemic wreaking havoc on its economy, little Laos is...
Continue reading
by RentsBuy Property 4913- The plot of land near Thatluang Stupa for sale 4911-Townhouse with a nice design in expat community for rent 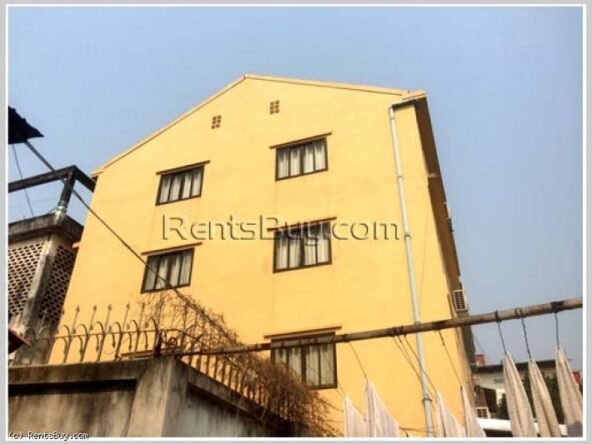